Precious Pieces is an exhibition at Museum of Gothenburg where carefully selected objects from the museum’s collection give different perspectives on value, such as sentimental value, symbolic value or cultural historical value.

The exhibition has received a great review by UtställningsEtiskt Forum (in Swedish).

Interaction design and development of an app for mobile and tablet to make content available to visitors. Besides Swedish and English, guides in Swedish Sign Language and “easy Swedish” are also available for download from within the app. Objects are organised into groups, but can also be found by typing their numbers as seen in their respective showcases. 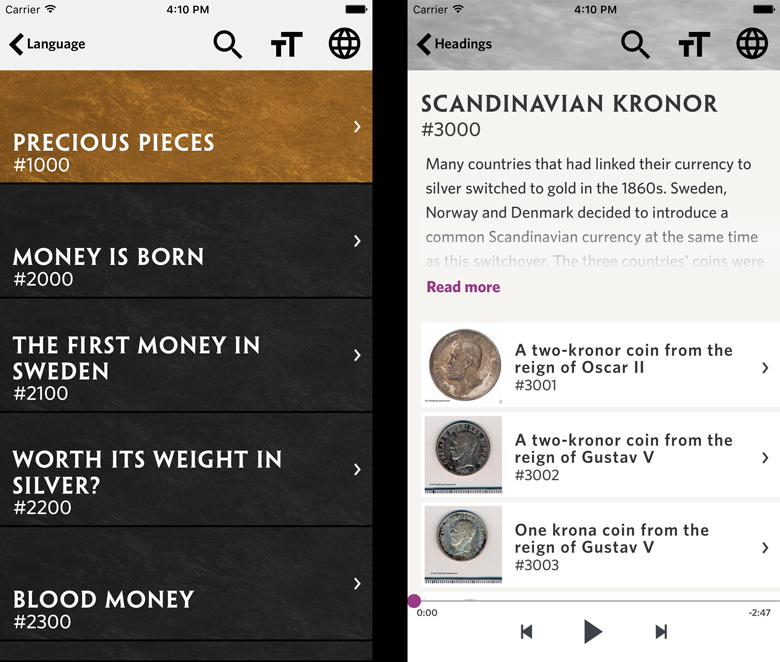 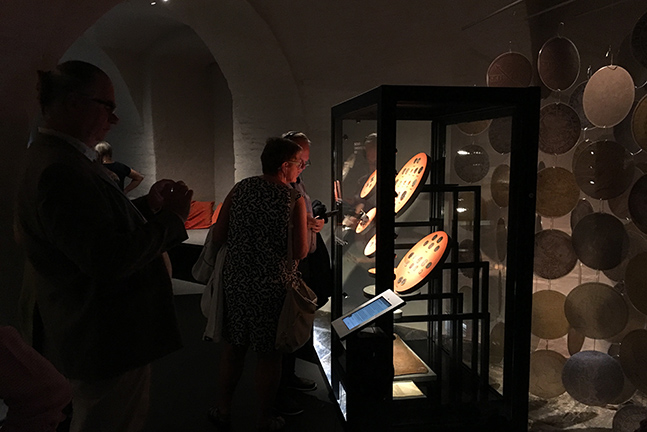 The exhibition is located in an 18th century cellar vault.

To communicate the main currency periods in Swedish history and the relation between their respective denominations, a game was designed for which I was responsible for the interaction design and development. It lets a visitor experience trading with e.g. 16th century currency, which can be quite a challenge compared to using the base 10 monetary system of today. 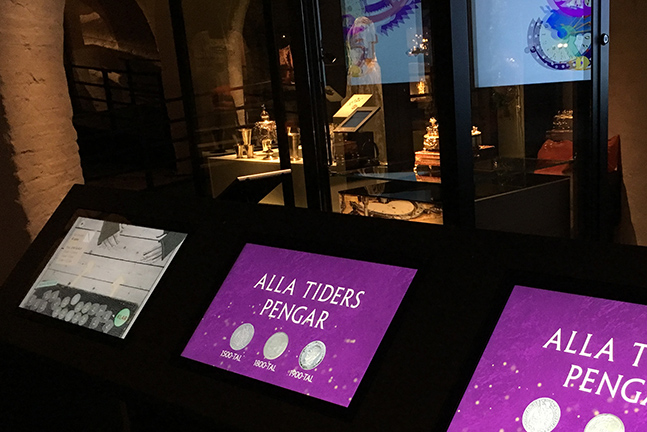 Practice using Swedish money from the 16th and 19th centuries.