Synthia is built around simple electronics, where Schmitt triggers play a central part. Hooked up to function as oscillators, they generate square waves whose frequencies are altered by variable resistors in the form of food and kitchen utensils. E.g. a bowl of yoghurt, a grater or a piece of dough can be turned into tangible musical interfaces. It’s about closed circuits, resistance, ICs, sound, making, and having fun. Sound samples will come up here soon!

The synthesizer was used by Heidi Ektvedt from Pitte-lille Teater in a science show competition at VilVite Science Center in Bergen, Norway, in February 2015. 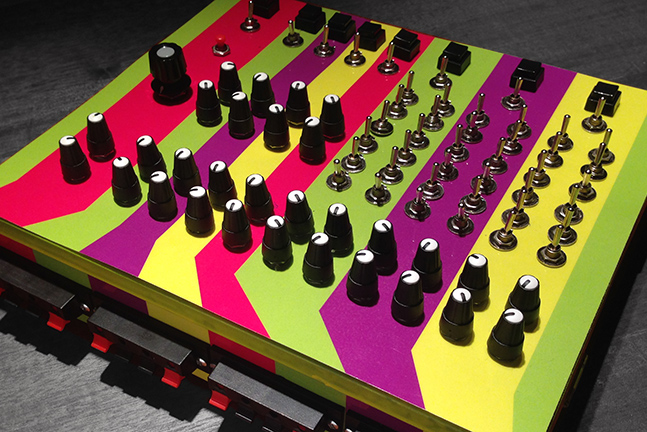 Synthia, ready to be hooked up to dough, yoghurt, a bottle of ketchup, etc... 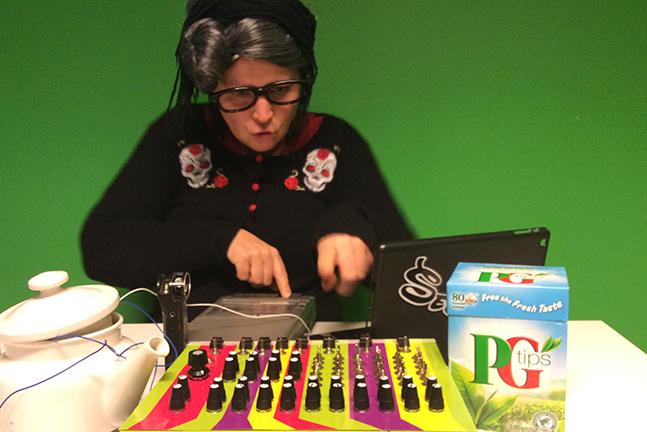