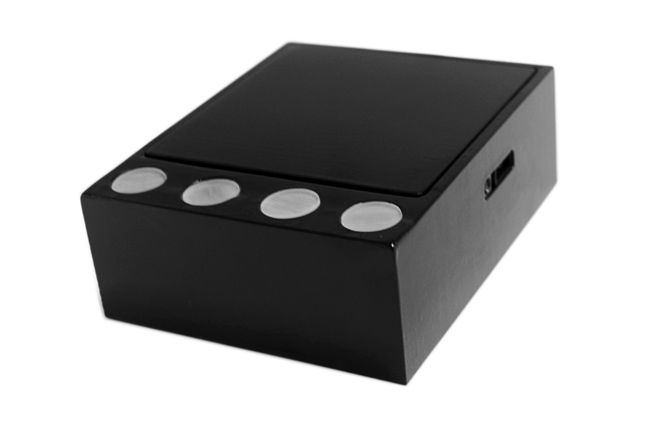 Ever wondered what your favourite teacup sounds like? Or your bunch or keys? RedEyes is an experimental musical interface which lets everyday objects express themselves through music.

An object is identified through its weight, and is mapped to a certain sound or instrument. The object can then be played by moving your hands around the RedEyes box. Each sound can be recorded, building up a symphony with recordings from other objects. RedEyes was exhibited at Native Instruments, Berlin, 8th of February 2007. 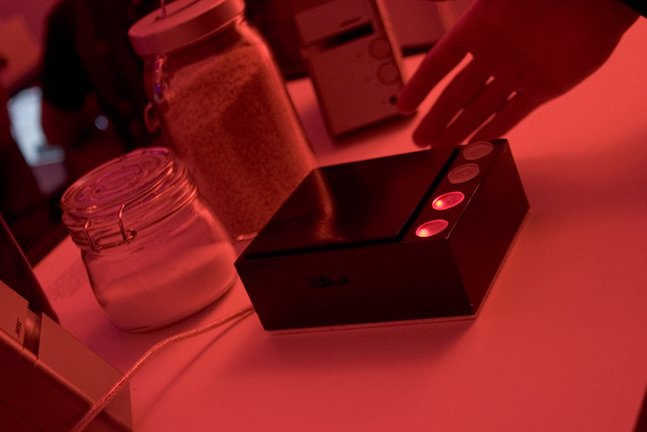